No more Hardie for me! 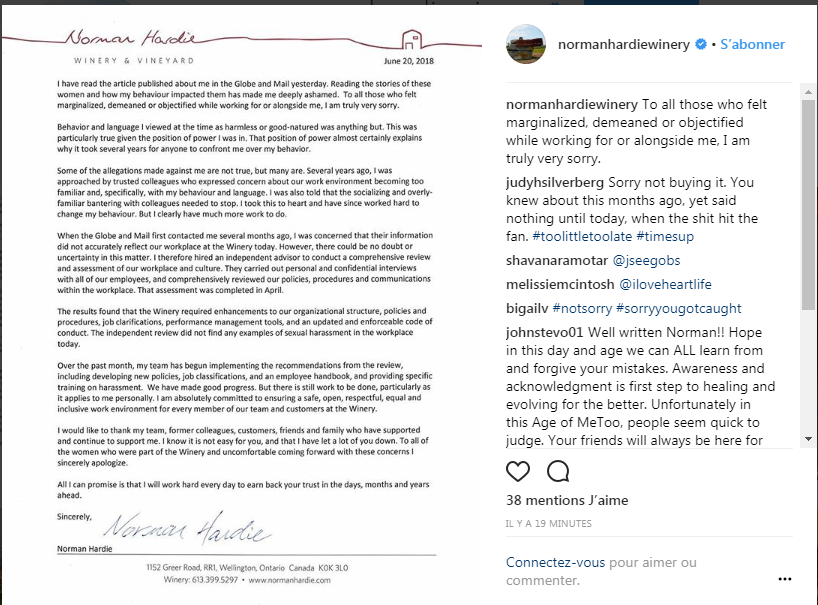 Per the Globe, Joe Beef removed all Norman Hardie wines from its restaurants when the allegations came to light earlier this year (although the restaurant did not publicize that move). Quebec wine distributor Vin Dame-Jeanne, where McMillan is a stakeholder, has also stopped working with Hardie.

And that seems to be just the beginning: NDG’s Monkland Tavern tweeted that it would ditch all Hardie products, and critic Lesley Chesterman noted that she had spoken to an unnamed restaurant that said it would do the same. Some Toronto restaurants have also publicly said they plan to no longer carry his wines. However, the ex-owner of Montreal’s Agrikol, Jen Agg (who has instigated similar boycotts in the past) also took to Twitter to comment that she was hoping for a much larger reaction from men in the industry.