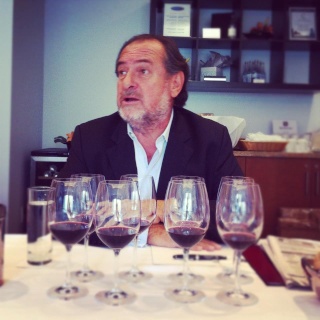 "The ranking was then drawn up by the Commission, based on the scores awarded following the tasting and visits. The weighting of the different sections of the assessment was different for the Grand Cru Classé (GCC) and Premier Grand Cru Classé (PGCC) candidates, as follows:

The score required for a ranking of Grand Cru Classé was 14 out of 20, and for Premier Grand Cru Classé was 16 out of 20. Those châteaux not scoring sufficiently highly to be ranked as they had requested were then informed by letter, posted in June 2012 (the implication of this is that if you didn't receive a letter, you had been ranked as requested, therefore proprietors in St Emilion knew their ranking long before it was published in September). There then followed a process of appeal, held behind closed doors, during which the proprietors in question were able to put forward new arguments in order to justify their inclusion in the classification. Once this process had finished and the list finalised, the results were announced on September 6th 2012."